- They are composed of England, Scotland, Wales, Northern Ireland, and the republic of Ireland. 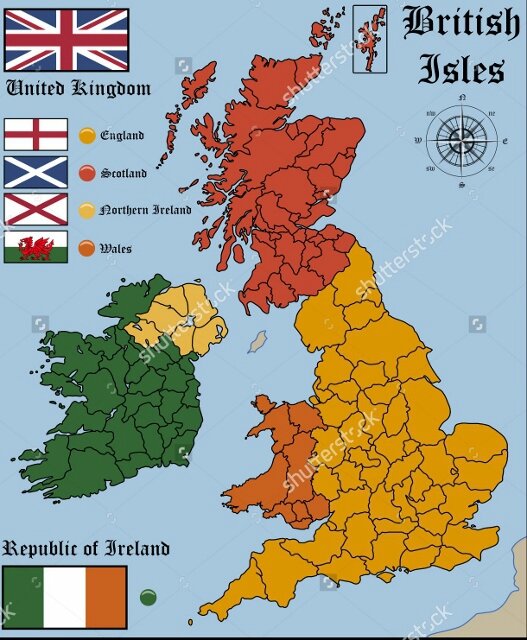 the rose for England,

the leek for Wales :

the shamrock for Ireland: and the thistle for Scotland: