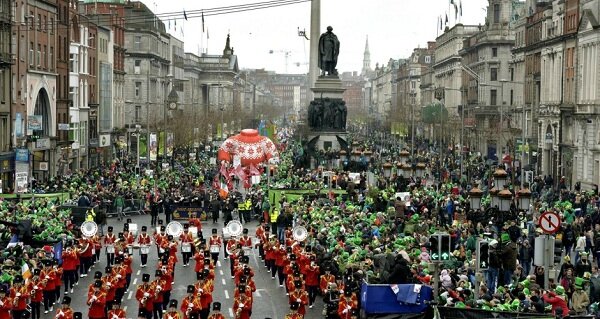 But who was Saint Patrick?

He was born in 387 CE and grew up near the present day border between Scotland and England. He was taken to Ireland as a slave when he was 16. He fled back to Great Britain after six years before returning to Ireland as a missionary later in his life. He played an important role in converting Ireland's inhabitants to Christianity. According to legend, he drove all snakes from the island, although these "snakes" probably represent a particular group of pagans or druids.